The traditional apparatus for steaming rice was the wa-gama and koshiki combination, but when the use of boilers became widespread, and the mechanism of the rice-steaming process became fully understood, automation was pursued and the continuous rice steamer (renzoku-jo-mai-ki) was developed. Such equipment is now very widely used, and the expression jo-mai-ki (literally meaning just “rice steaming machine”) is now generally assumed to refer to this conveyor-style apparatus.

The two main kinds are horizontal conveyor-belt machines, and vertical machines through which the steamed rice drops. In the former case, the washed, soaked rice is transported on the conveyor in a layer of fixed depth, and steam is introduced at a set pressure to steam the rice while it is carried horizontally from the hopper at the entrance until the exit. In the latter case, the shinseki-mai is fed into the top of a cylinder, steam is blown into the bottom and the rice simply falls through naturally. Some have blades to chop off the rice from the bottom, and others are designed to feed a fixed amount through at a time, in which case the pace is adjusted to match that of the conveyor on the cooler. 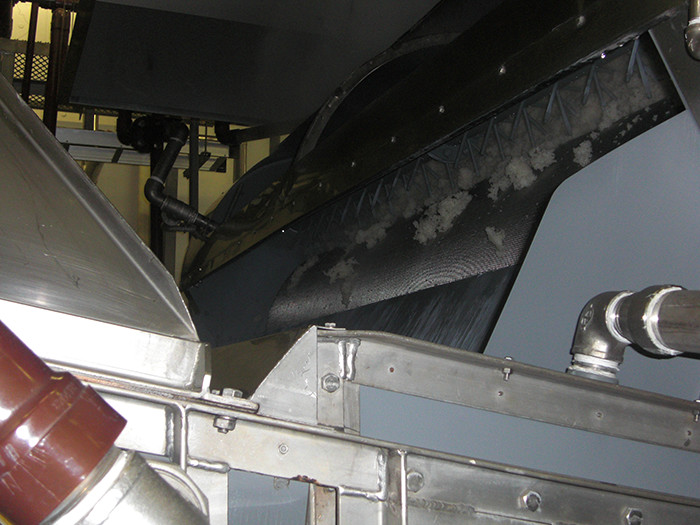 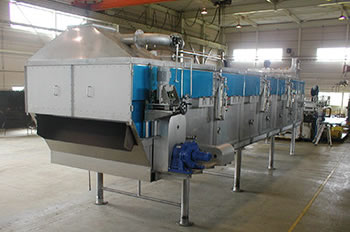 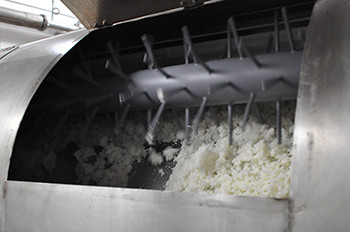 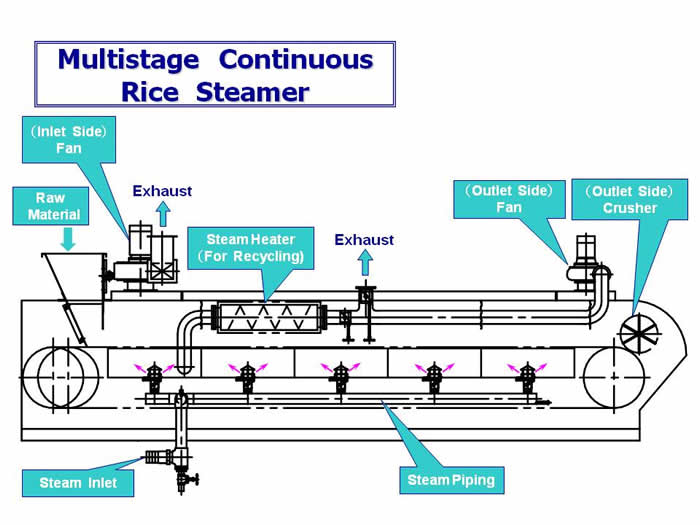