The process of washing polished rice for the purpose of removing rice powder or dirt on the surface of the grains. During washing, the rice grains rub against each other, removing 1-2% of the surface, so the washing process also has the effect of a secondary rice polishing. Potassium and protein from the rice make the water cloudy during, so the water must be changed for each round of washing. Of the total water to be absorbed, about 20% is absorbed during sen-mai.

Until the Taisho Period (ending 1926), rice was washed by hand, or by foot.   Workers sang a “rice washing song” as the washing process was repeated seventy times, then fifty, then thirty in the so-called 7-5-3 system. Even now, the highly polished rice used for making ginjo-shu is washed by hand, with great care taken so that the grains do not crack.

Methods moved from hand washing to manually rotated machinery to fully automatic rice washing machines and solids pumps. By using a solids pump, the rice can be washed and transported to the shinseki tank simultaneously. The amount of water required for sen-mai is usually three to ten times that of the white rice, so about five tonnes of water are required to wash one tonne of rice. 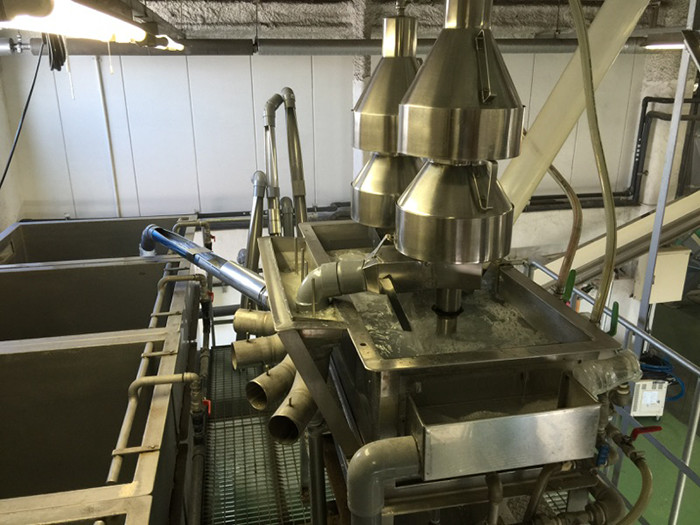