An inclusive term for the bottling and the filling of seishu into containers such as cartons, small cups, bag-in-boxes and so on.

Automatic bottling equipment connects the various stages of tsume-kuchi into one continuous process: the largest machines can handle around 30,000 bottles an hour. When the filling process is carried out manually (in cases of small lots or unusual bottle shapes), this is called te-zume (手詰め), bottling by hand.

The bottled product is checked for liquid level, cracks, impurities and so on. This inspection is known as ken-bin (検瓶), and is carried out visually for every single bottle. Recently, visual checks have been replaced in some cases by devices which inspect bottles and their contents automatically and machines to check filling volume by weight and other methods, and other highly efficient automated systems of inspection have also been introduced. 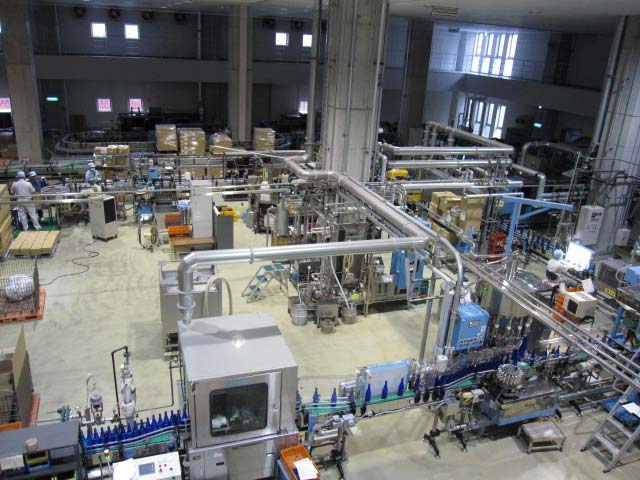