A handy tub used at various stages of the sake-making process, coming in sizes varying from 140-360l. The traditional wooden kind look as if they were made by cutting a barrel in half, hence the name hangiri (literally, “half-cut”). Nowadays, they are almost always made of aluminium or stainless steel.

Depending on what they are used for, they may be given one of the following names. 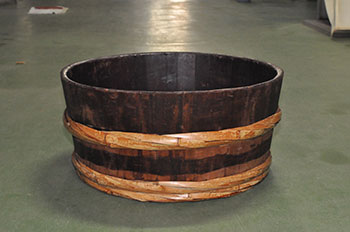 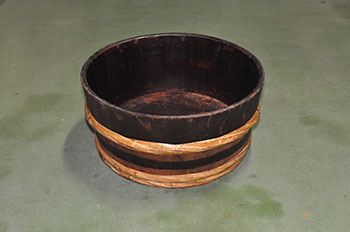