【English】
Kōji other than that used for shubo

This term refers to all the koji used during the three stages (hatsu-zoe, naka-zoe and tome-zoe) of sandan jikomi mashing. The koji used at each stage is named accordingly as soe koji, naka koji and tome koji. Compared to shubo -koji, it is younger and looser. When squeezed, it should feel fluffy and soft, and not stick to the hand when released.

Usually, soe-koji is kept in the culture room for two or three hours longer than the koji for naka and tome to give koji with more enzyme power. In the case of machine-made koji, however, it can be difficult to leave just one portion, so it is common for the soe-koji to be finished at the same time as the others. 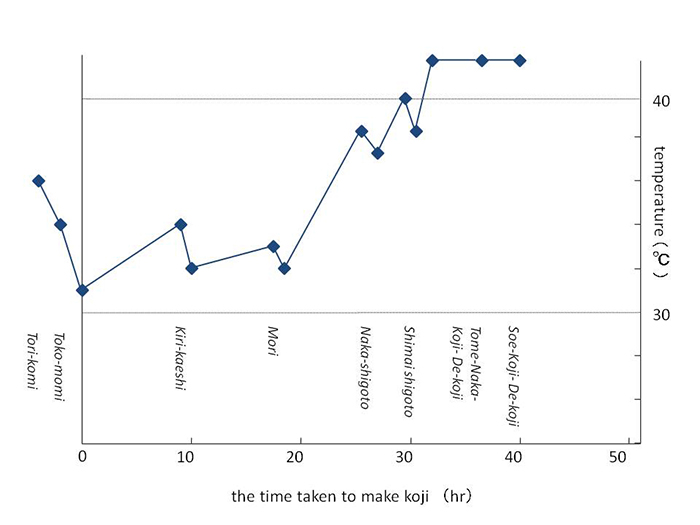