The term for the koji used when making shubo (yeast starter). It is customary to use a strain of high-enzyme-yielding koji-kin or for it to be hine-koji. In Nada, kimoto-school shubo predominated until recent years, so the saccharification of hard steamed rice was an important goal when making shubo. This way of thinking can be seen in the koji for yeast starter in general. To the present day, practice for  shubo koji  leans to strongly-propagated  hine-koji , with younger waka-koji used as kake-koji. This is reflected in the resulting different levels of enzyme activity. As far as the koji buai (the ratio of the white rice used for koji to the total) is concerned, it averages around 30% for shubo. 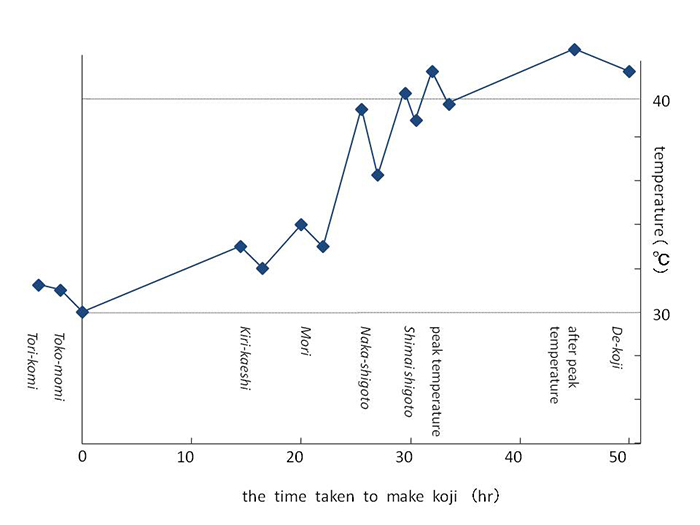