The traditional “tray” method of making koji is extremely laborious and requires much skill and experience, so simplification and automation of the process proceeded from around 1960 , and many kinds of koji-making apparatus came into practical use. The basic principle of all kinds of apparatus is to control temperature and humidity by the blowing of air (adjusted to suitable levels of temperature and humidity) into the layer of koji, and extracting the heat which is created during sei-kiku. Air temperature is usually adjusted by blowing it through a warm water shower.

Machines can be divided into four types, according to the method of air flow. 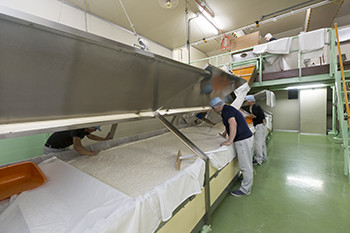 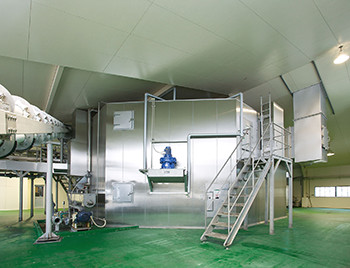 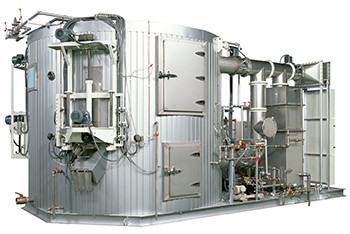 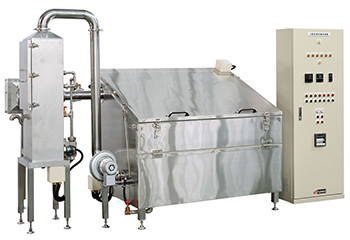