In the old days, the system for rice polishing (sei-mai) was that shown in the illustration. It was a rather primitive “treading” method using a rice polishing apparatus (sei-mai-ki) rather like a see-saw (known as 米踏, kome-fumi). Rice in a mortar was milled by leg-power. In Nada from around 1770, this task started to be done by using waterwheels (sui-sha) as power sources, using plentiful supplies of fast-flowing river water.

There were two forms of this sui-sha sei-mai, the so-called “throwing-polishing” (nage-tsuki, 投げ搗き) style which worked on a similar principle to kome-fumi, and the method called do- (long “o”) tsuki (胴搗き), which worked by dropping a pestle vertically. Polishing capacity depended on the number of mortars, but it took around forty hours to polish to a sei-mai buai of 85%. Compared to contemporary rice-polishing, this took a much longer time, meaning that the temperature of the rice did not rise by more than about 5°C during polishing. As a result, it is thought that high quality white rice with low-levels of alpha-conversion and fat oxidation was produced.

277 facilities with waterwheels for polishing rice existed in Nada in 1913, and at the peak, Sumiyoshi village alone boasted over eighty, with more than a thousand staff. 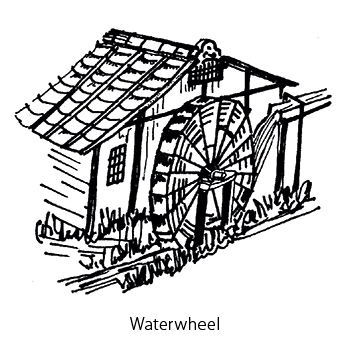 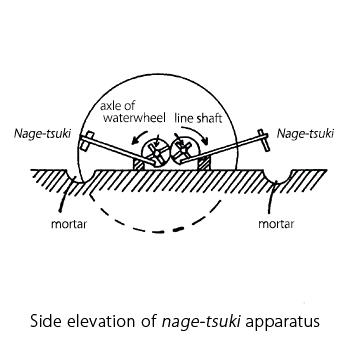 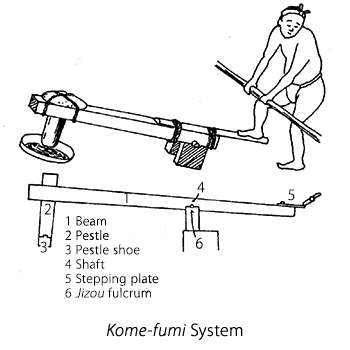 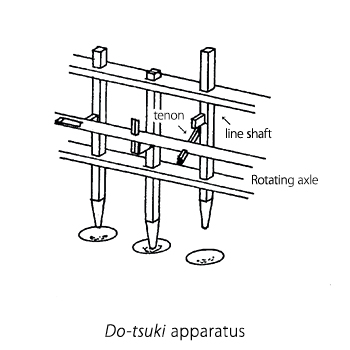 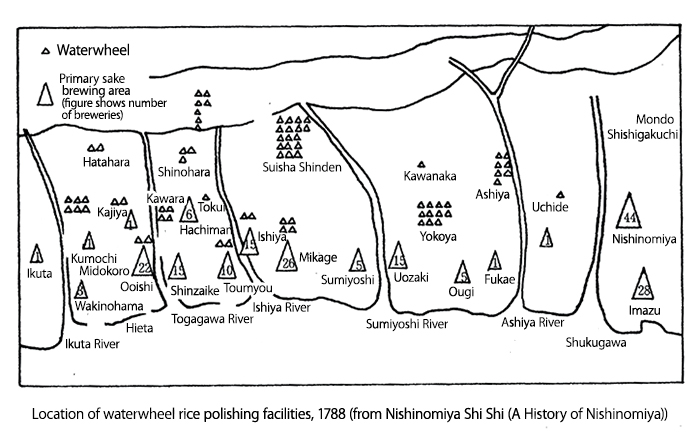