The process of koji making using wooden boxes koji-bako (麹箱). About 150cm long, 85cm wide and 18cm deep, they are used instead of the shallow futa trays. Generally holding about 15kg of koji, some come with wooden or bamboo slats at the bottom, where others have a stainless steel mesh. (These are used with a loosely woven cloth at the bottom.) Since the quantity of koji in each box is greater than for the tray method, there are savings in space, labour and the time necessary for each task.

Until the mori stage, there is no difference from the futa method, but, from that point on, the koji is transferred to boxes, not trays. The surface of the koji is prone to dry out, so it is necessary to take steps such as covering the boxes with thick, plain woven canvas cloths.

Six to eight hours after mori, the temperature reaches 34 – 36°C, and the steamed rice in the boxes is mixed (naka-shigoto). A further five to seven hours later, the temperature reaches 37 – 40°C, and shimai-shigoto takes place. The contents of the boxes are mixed, heaped into the centre then spread out once again. Sometimes they are transferred to a different box. In any case, it is a more labour-efficient process than for futa-koji. Temperature is controlled by adjusting the thickness of the layer of the koji, or by placing wooden spacers between the boxes to create a gap. Generally, the tendency is for the process to proceed somewhat faster than for the tray method. 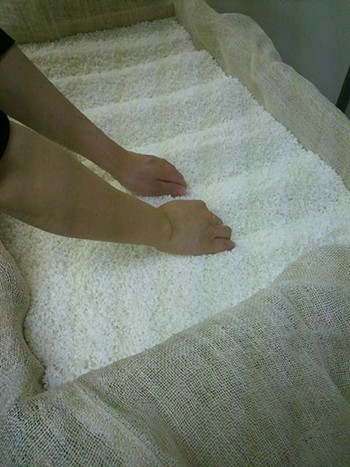 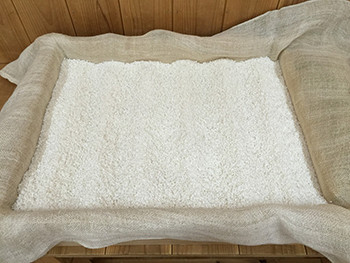 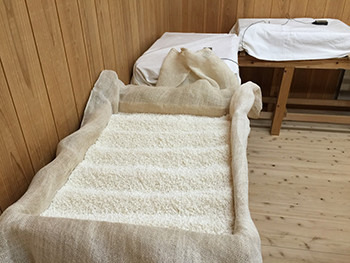 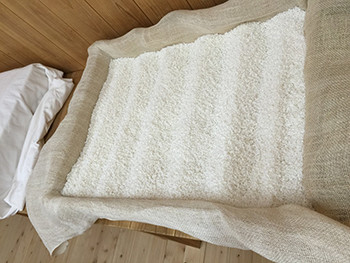 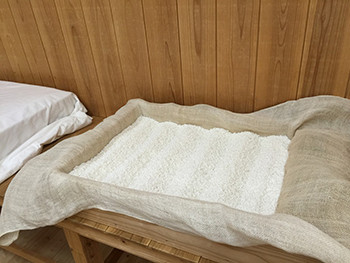