Non-foaming yeast (awa-nashi-kobo) has become the norm in contemporary brewing, but, if the original foam-making strains are used, foam is produced over the surface of the moromi. As the appearance of the foam changes with the progress of the mash, it was a good guide to the state of the fermentation.

The first foam to be seen after mashing appears as two or three streaks of foam. This is called suji-awa (“string-like foam”).

A couple of days after, a light white froth known as mizu-awa (“water foam”) appears. This marks the beginning of yeast growth.

As the light froth becomes more viscous, its surface takes on a rocky-looking appearance, and this stage is called iwa-awa (“rock foam”). This indicates the growth period of yeast, and the temperature of the mash rises easily.

The foam gets thicker and higher, and so viscous that the foam is more persistent. This is known as taka-awa (“high foam”), and lasts for five to seven days. This is the peak of fermentation.

When the foam gets lighter and disappears with a noise when agitated, it is called ochi-awa (“falling foam”).

When the foam recedes, large bubbles are formed across the surface of the mash. This is called tama-awa (“bubble foam”).

The bubbles get smaller, and the surface of the mash becomes visible. This stage is known as ji, written with a character (地) meaning “ground”. The ji stage is near the end of the fermentation. 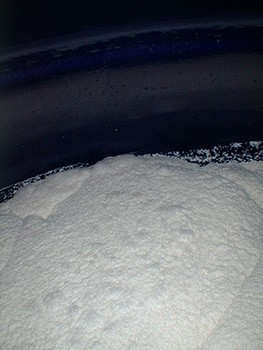 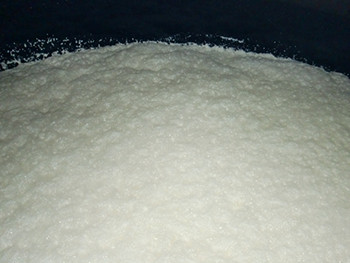 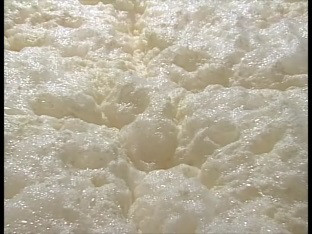 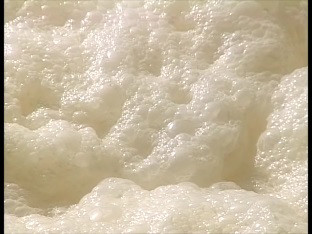 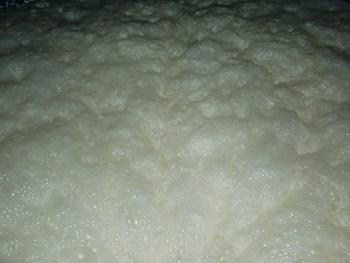 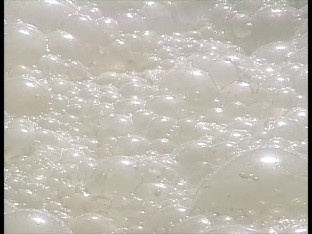 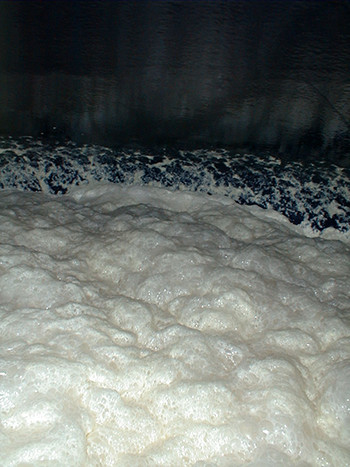 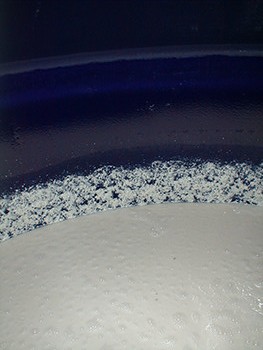