This is the name for the fermenting mass made by mashing shubo (or just yeast in the case of kobo-jikomi), steamed rice, koji and water together. Immediately after mashing, moromi is like a solid mass of swollen rice grains, but it begins to soften as saccharification proceeds. When the mash has become soft enough to allow flowing movement, it is said that the moromi has “turned” (moromi ga kaetta, 醪が返った).

The mash prior to pressing is called doburoku or moromi-zake, and was formerly not only made in sake breweries, but also made and drunk by farmers and ordinary householders. However, home-brewing was forbidden with the establishment of Liquor Tax Law in the Meiji Period (1868-1911). 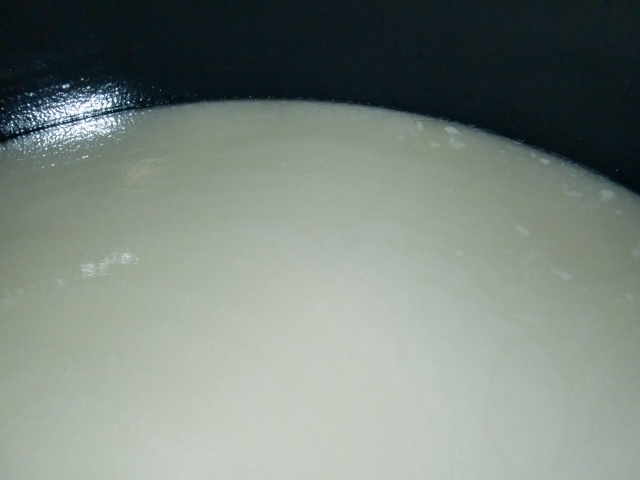 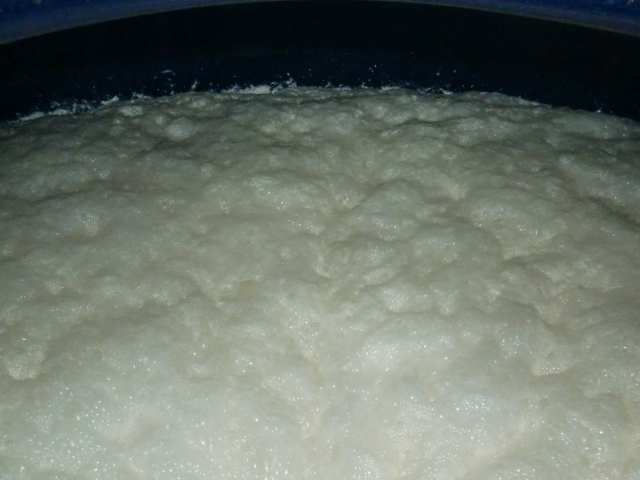