Names for the room or space holding the machines and equipment used to divide moromi into sake and sake kasu by the application of pressure (assaku). Also known as joso–shitsu. Except in large-scale production facilities, it is unusual to have a separate room; pressing is simply carried out in one section of the brewery.

When a machine press is used, the equipment required apart from the machine itself is: air compressor; automatic pressure regulator; tank for the freshly-pressed sake. Apart from the area required for this equipment, a certain amount of space is also required for the processing of the sake kasu.

Where a traditional fune press is used, space must be allowed for the handling of the sake kasu, and for the following items of equipment. 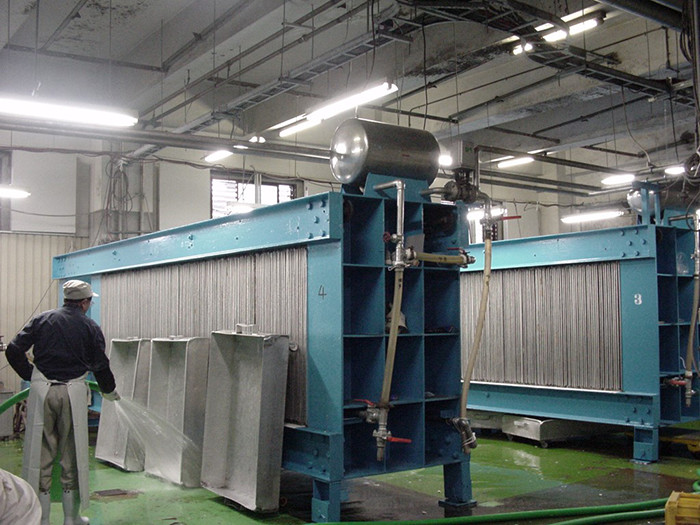