The koji used when making ginjo sake. It is made with highly polished rice ko-sei-hakumai (long “o”) polished to at least 60% . It is young, dry tsuki-haze-style koji with a good aroma: the amount of tane-koji used is small, and the temperature during sei-kiku is kept low. (Dry koji is made by handling the various processes in such a way as to increase water loss by evaporation, making koji which feels dry to the touch.)

Using highly polished rice means there is a tendency for the steamed rice to absorb water excessively, and gentei kyu-sui (long first “u”, “restricted water absorption”, 限定吸水,) is used to avoid this. The process of steeping (shinseki), which normally takes hours, is carried out in a space of minutes to give firm steamed rice. The process of koji making is carried out at low temperatures and for a longer time than for conventional koji, resulting in dry, aromatic koji. 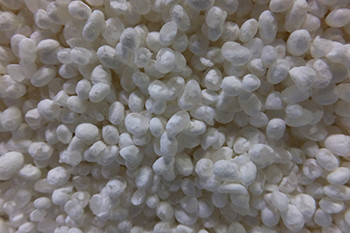 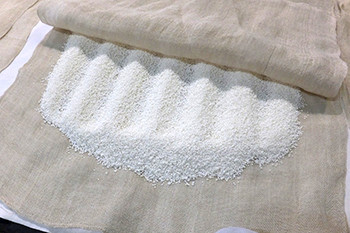